The Importance of Using Names in Customer Communication 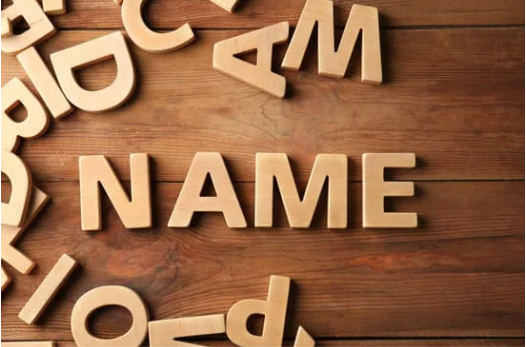 When we meet somebody new, one of the very first things we do is offer our name. It’s one of the most basic ways of forming a relationship, and creates an immediate sense of familiarity- somebody’s name is a key part of their identity. But how does this translate to conversations we have on the phone?

It’s standard practice within most businesses that when answering the phone to customers, the opening line is some variation of ‘Good morning, you’ve reached [business name], John speaking’. Very quickly we let the customer know who they are talking to, but why is this so important? Ultimately, it comes down to trust.

According to a report put together by Salesforce, 73% of customers say that trust in companies matters more now than it did a year ago, and one simple way to instil trust from the very first interaction is simply by introducing yourself. In some ways, this comes back to accountability; it takes the ambiguity out of the interaction and makes it easier to imagine a real person, rather than simply a voice at the end of the phone. There is also a psychological aspect at play- trust is built quicker when there is an anticipation of further interaction, and so by sharing your name and thus allowing customers to easily contact you- and you specifically- at a later date, a stronger bond can be formed. According to a survey by Edelman, 81% of customers say they need to be able to trust a brand to buy from it, emphasising the impact that can be made by simply sharing a name.

Unsurprisingly, this practice goes both ways; when it comes to promoting strong customer relations, it isn’t only important to share your name, but also to make sure you learn and regularly use the customer’s. Treating your customers as individuals, and recognising their unique needs, can quickly engage them and becomes a building block in developing a long-lasting relationship- and this is now more significant than ever, with Salesforce reporting that an increasing number of companies are prioritising customer experience and satisfaction going forward. Psychology comes into play here too, as when we hear our own name, unconscious signals of empathy, trust and compassion are sent to the brain, and we immediately become more receptive and engaged.

Ultimately, there are many benefits to be gained from including names in phone calls, be that yours or the customer’s. Building rapport is an invaluable way of encouraging repeat interaction, and establishes a personal connection, allowing the customer to feel valued and supporting open, productive conversation. Do you introduce yourself when you answer the phone? And do you trust people more when they do? With shifting priorities placing customer experience at the forefront for many companies, this is one way to put satisfaction first in every customer interaction.

BDM Talk is the trusted voice for customer communication. We regularly monitor and evaluate all forms of new customer contact technologies and practices. Ensuring we provide the best service for all of our clients, enabling your business to stay ahead of the competition.

Let your business reach its full potential with BDM Talk!

We use cookies to ensure that we give you the best experience on our website. If you continue to use this site we will assume that you are happy with it.Ok